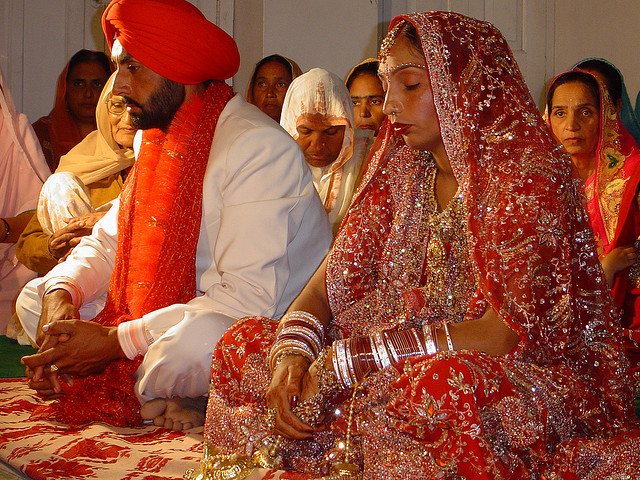 “Anand Karaj” is the Sikh marriage ceremony. According to “Anand Karaj” marriage is considered an union of two equals who are united in Body, Mind and Spirit. The main ceremony in a Sikh Anand Karaj wedding is the “Laava” or “Laavan” (or Chaar Phera or Chaar Phaara or Four Rounds). During the 4 rounds of the “Laava“, four sacred hymns (“Shabads“) are recited which mean the following:

A new Indian Sikh marriage law on the lines of the “Anand Marriage Act, 1909” will be  passed by the Indian government.

Sikh leaders argue that since Sikhism and Hinduism are separate religions, they should be governed by separate Indian Marriage Acts. Indian Parsees (Zoroastrians), Indian Muslims and Indian Christians have separate Marriage laws; so Sikh leaders believe that it is only appropriate the Sikhs too have their own separate marriage laws. Sikh leaders consider this a matter of Sikh identify and sovereignty.

Documents And Process For Marriage Registration In India

Dance and Music Is an Integral Part of Every Sikh Matrimony