List of Documents for Registering a Marriage in India

These are the documents (application forms and proof) required for marriage registration in India.

(Please see the next section for details on Registration Application Form and Affidavit.) 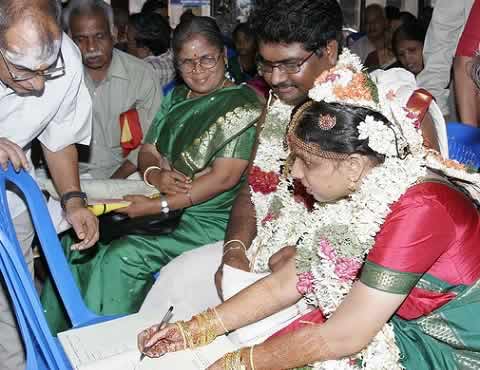 Detailed Info on Documents Required for Marriage Registration in India

The documentation, application form and process for marriage registration in India vary from state to state; but the differences are minor. Most states require the following documents:

Process for Marriage Registration in India 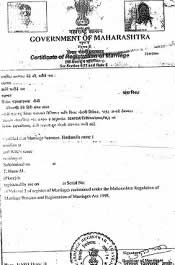 The registration process and time taken varies from state-to-state, but typically the couple has to make two visits to the marriage registration office.

NOTE: Request can be made to the Marriage Registrar to send a representative to witness the wedding ceremony. This is especially useful for those people who require a Certificate of Marriage on an urgent basis.

NOTE: There is a provision for the office of registrar of marriages to send a representative to the couple’s house to register the marriage. There is a small fee for this service.

Offices where Indian Marriages are Registered

At the Center, there is a Registrar of Marriages who is the overall person responsible for wedding registration in India. At the state level too there is a Registrar of Marriage. Each state has allocated government officials and government departments as “Marriage Officers”, who can register Indian marriages. These differ from state-to-state. Generally, the following offices and government officials register Indian marriages: