Bharat Takhtani Family, Parents, Profile, Who Is He

GUEST LIST: Over 2,000 friends of Dharmendra, Hema Malini and the Takhtani’s

RECEPTION: Esha Deol and Bharat Takhtani’s Wedding Reception was a glamorous event with guests from the Film Industry, Business and Politics attending the grand Reception. The newlyweds looked radiant and happy. Over 2,000 guests attended the Reception.

Esha looked beautiful in a lovely Pink “Lehenga” and Corset Blouse embroidered with Swarovski crystals. Esha Deol’s dress was designed by Rocky S. Bharat looked tall and dashing in a smart Black Tuxedo which was designed by Simone Khambatta.

Esha’s parents (Dharmendra and Hema Malini) arrived at the Reception along with Bharat’s parents (Vijay and Puja Takhtani). Dharmendra looked charming in a Black suit and Hema Malini looked gorgeous in a Cream sari which was designed by Neeta Lulla. Esha’s sister Aahana Deol work a dark Pink “Lehenga Choli”. 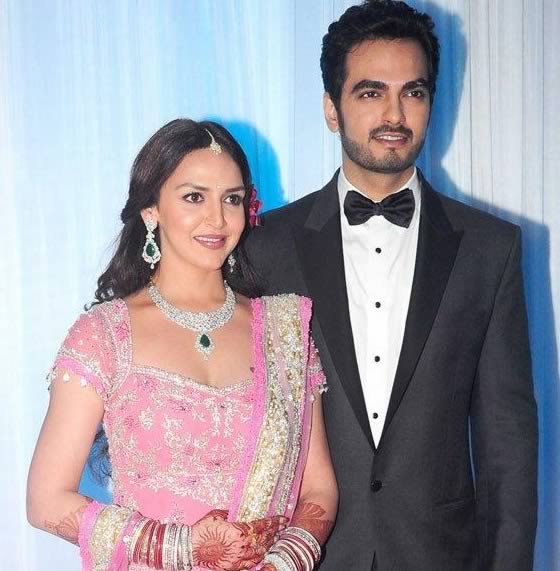 Surprisingly, Esha Deol’s step-brothers (Bobby Deol and Sunny Deol) and step-sisters (Ajeita and Vijeta) were not present at either the wedding or the reception. Esha’s cousins Abhay Deol and Madhoo Shah were present for all her marriage ceremonies. Abhay Deol was seen with his girlfriend Preeti Desai. 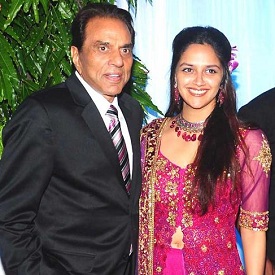 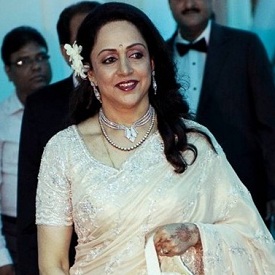 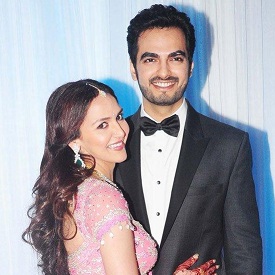 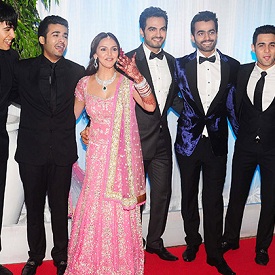 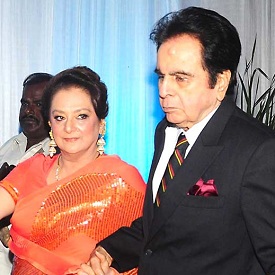 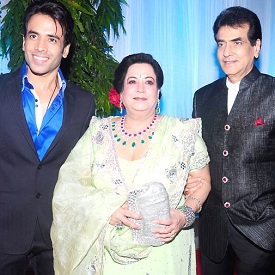 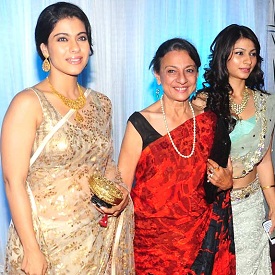 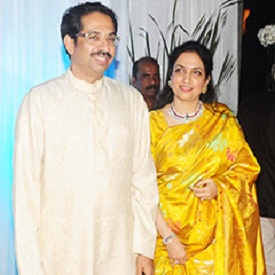 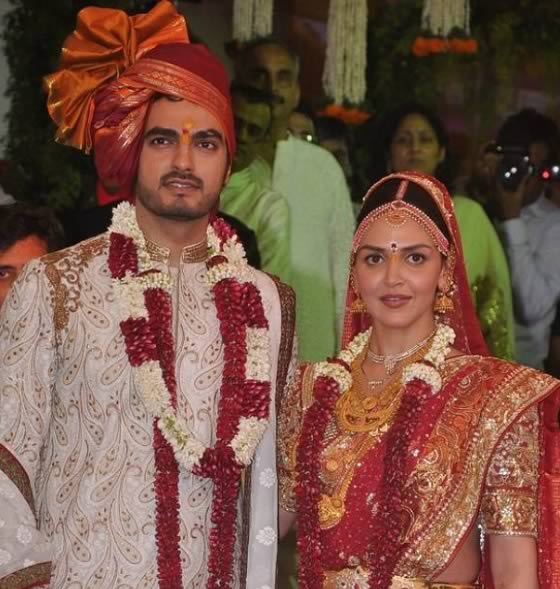 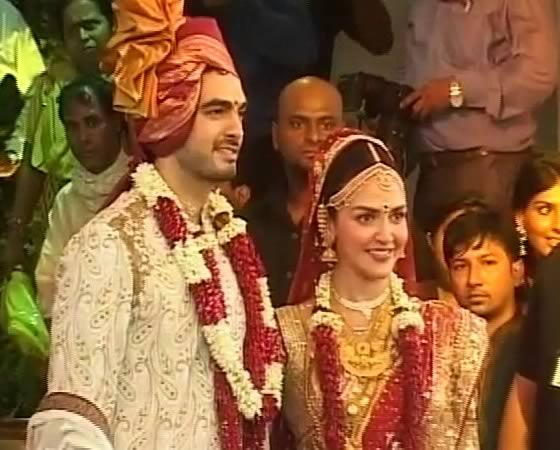 Esha Deol and Bharat Takhtani were married at the Juhu ISKCON temple on 29 June, 2012. In keeping with Tamil marriage rituals, the wedding preparations start early in the morning around 7:30am. A priest had specially come down from Tirupati Temple. Tamil and North Indian marriage rituals were performed at the wedding. Only close relatives and family friends attended the wedding. Amitabh, Abhishek Bachchan, Manoj Kumar, Vyjayanthimala and Vinod Khanna were among the few non-family and film industry members who attended the wedding. Bharat Takhtani arrived at the temple in a decorated horse carriage. Dharmendra and Hema Malini welcomed the groom and his guests with flowers. At the four corners of the Mandap were Banana leaves and Mango leaves.

The rituals that were performed at the Esha Deol – Bharat Takhtani wedding were: 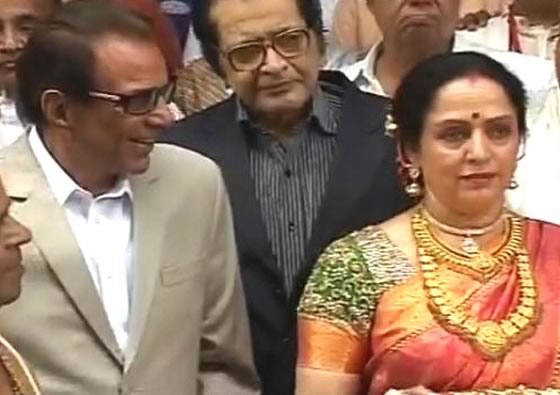 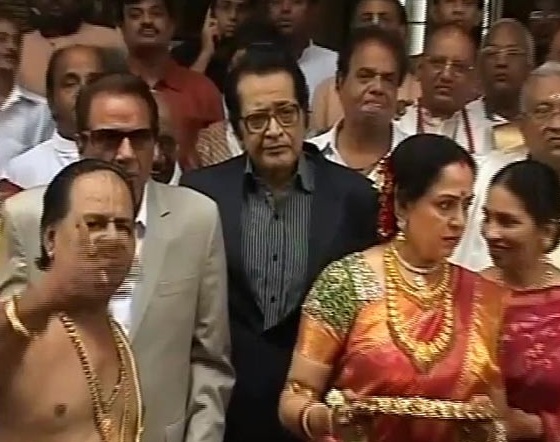 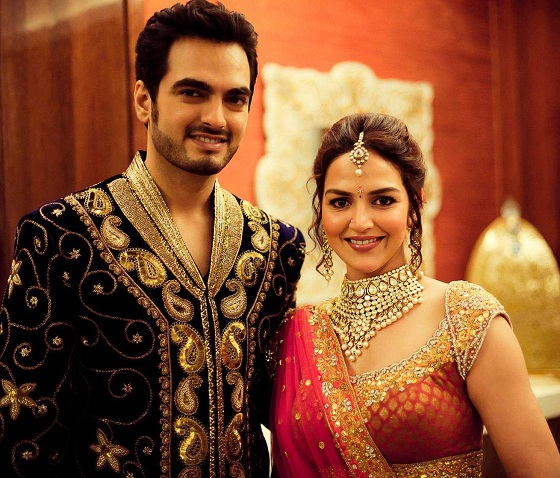 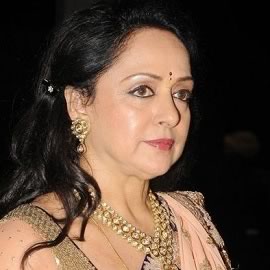 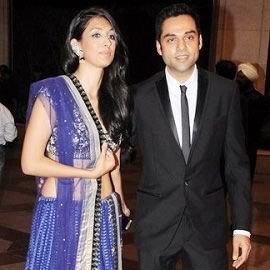 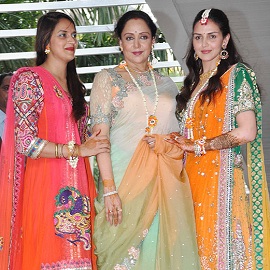 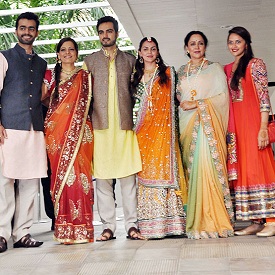 It will be interesting to see whether Esha Deol’s sister, Ahana Deol, will help in designing her bridal trousseau. Ahana Deol is a budding designer who will launch her bridal wear range in October, 2012, coinciding with the 2012-2013 marriage season. According to Ahana, if she were to design Esha’s bridal trousseau, she would design a South Indian Bridal Saree for Esha’s wedding and a “Ghagra Choli” for the wedding reception. The colors that Ahana would use are red, royal peacock blue and sea green. Ahana would like to dress her mother in an “Anarkali” outfit.

Ahana is currently showcasing her summer casual wear under the “Divinorum” label. With the launch of her bridal wear range, Ahana Deol will also launch her website to showcase and sell her original designs. Ahana has also designed the costumes for all the participants of the reality show, “India’s Got Talent”.