An Indian groom and bride can marry under the “Special Marriage Act, 1954” if they belong to different religions or different communities or if the couple does not want to marry in a religious ceremony.

Marriage where both the groom and the bride belong to the same religion, are covered under separate Indian Marriage laws. 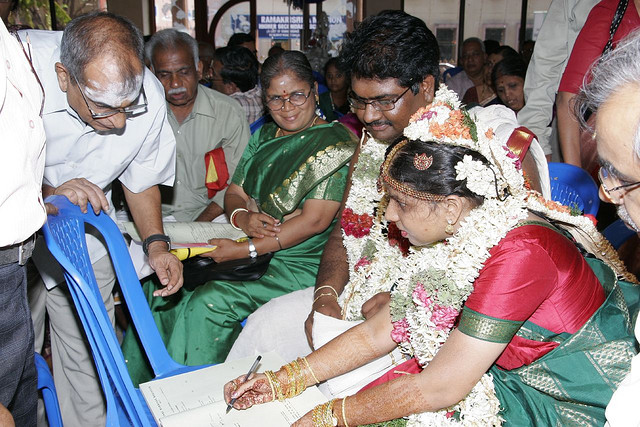 Key features of this act are as follows: