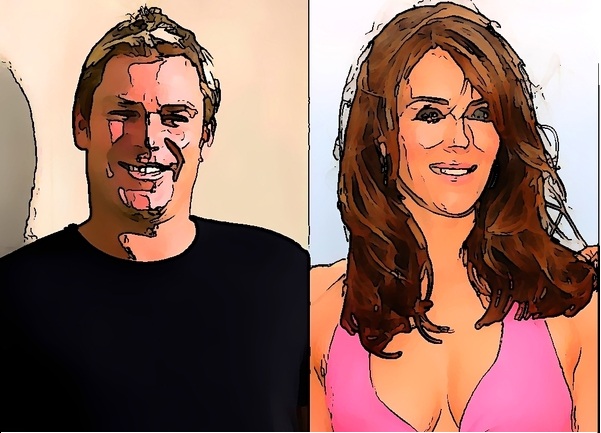 Shane Keith Warne popped the question to Elizabeth Hurley during lunch at the Alfred Dunhill Links Golf Championship at the beautiful St Andrews golf course. St Andrews is referred to as the “Old Lady” and the “Home of Golf” with its courses dating back to 1764.

The engagement was formalized on the 30th of September with the exchange of a Sapphire and diamond ring. With the engagement out of the way, the fun and games for the next phase of the relationship has begun.

Shane Warne and Liz Hurley Separate Within 12 Months of Marriage: 12/1

Shane Warne and Liz Hurley Separate Within 2 Years of Marriage: 8/1

Shane Warne and Liz Hurley Separate Within 3 Years of Marriage: 4/1

Will Liz Hurley take Shane Warnie’s name: Very high odds that she will not

Where will the Warne – Hurley wedding take place: Australia has a better chance than England

When will the Warne – Hurley wedding take place: March 2012 seems to be the favored month

Will Shane Warne and Liz Hurley make it to the altar: The Aussies seem to be more confident than the English that the two will get married

With Shane Warne having lost almost 25 Kgs (4 stones), it is surprising that bookmakers are not offering odds that the Shane Warne/Liz Hurley marriage will be off because of Shane Warne is anorexic.

Read Derek McGovern’s column for a hilarious take on the Warne-Hurley nuptial.

Wishing the couple the very best.